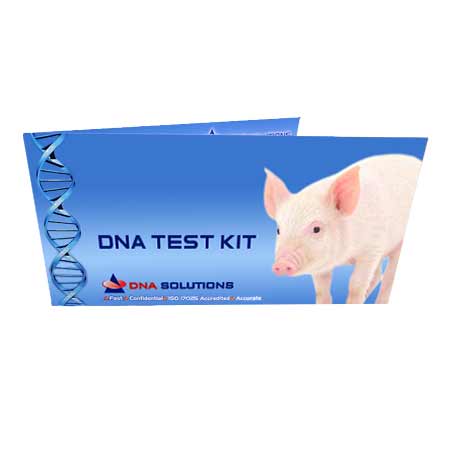 The DNA test for PSS is a superior alternative to the Halothane Challenge test, which in 2005 ceased to be recommended by the Australian Veterinary Association (AVA) due to potentially negative consequences with respect to animal welfare. Not only is our DNA Solutions’ PSS test able to be performed without stress to the animal, it determines whether the animal has two, one or no copies of the defective gene; that is, whether an animal has the disorder, is a carrier, or is free of the defective gene.

As a recessive disorder, PSS only occurs in animals which have two copies of the defective form of the gene. Animals with only one copy of the defective gene are carriers of the disorder, and do not themselves exhibit the full-blown syndrome; however, they do exhibit some traits that fall between the PSS condition and that of normal, healthy pigs.

The PSS disorder is a consideration for pig farmers and breeders, as it may result in the following: sudden death during transportation; pale, soft and exudative (PSE) meat which is rejected at the abattoir; and, halothane sensitivity (hyperthermia on exposure to this anaesthetic). On the other hand, some breeders like to maintain carrier animals due to perceived superiority in growth and carcass quality characteristics. Managing stock in which the defective gene is present benefits from knowledge about the genetic status of the animals.

The affected gene in the case of PSS expresses a skeletal muscle form of the Ryanodine Receptor. The defective and normal forms of this gene differ by a single base-pair mutation that alters the amino acid sequence of the Ryanodine Receptor. This single base-pair difference also alters the recognition sequence of a restriction enzyme, permitting the digestion of the defective gene form, but not the wildtype by that enzyme.

The PSS Test may be performed on any number of biological materials that can be acquired by minimally invasive means, and yield a sufficient quantity of DNA; the recommended sample is 6-10 pulled-out hairs (hairs that have fallen out by themselves do not provide sufficient DNA), although oral swabs, blood and tissue samples are also reliable sample types.

Psittacine circoviral disease (PCD) affects parrots and related species, it’s a virus that kills feather and beak cells and may be fatal to birds that contract it. The symptoms may be: This virus can affect particularly juveniles and young adults, although it can affect birds of all ages. The Beak and Feather disease is highly contagious for birds and can be transmitted orally (eating from the same feeders) or in faeces or feathers. If you think one of your birds may have beak & feather disease, we strongly recommend that you keep that bird in a separate cage and send us both feather and blood samples for Beak & Feather DNA Testing, your results will be ready in 5 business days from the reception of the samples at our laboratory.

A special discount rate applies when you purchase both DNA sexing with Beak & Feather testing.  To choose choose this option, click on the button, download the form, tick the appropriate box and mail the samples to us, your results will be ready 5 business days after the reception of the samples at our laboratory.

A Bird DNA Sexing test is a technique performed by laboratories to determine whether a bird is a male or a female. Testing is done by detecting the presence of different sex chromosomes found in the bird DNA sample provided such as a blood spot or a feather sample. Our bird DNA sexing test is fast and reliable, performed in Australia, we issue results in 5 business days and we can also test eggshell samples. DNA Solutions has been testing birds since 1997, our laboratory is Australian and all your samples will be tested and analysed in Australia. Over the years we have developed a large database of avian species and we will be able to determine if your bird is a male or a female with the highest accuracy. Our DNA Bird Sexing expertise has enabled us to streamline our methods and provide you with the quickest turn around time in Australia: 5 business days from the reception of the samples in our laboratory as well as a 48 hour express service. We are able to test blood samples, feather samples and eggshell samples. For your convenience, we also provide you with blood testing kits at the most affordable price $0,50 per kit, with a minimum order of 10 kits (shipment fees included). Thank you once again for trusting DNA Solutions, the leader Australian Laboratory in Bird DNA Sexing, to place your order download the form clicking on the button!

You are being redirecting to the checkout page